Forum rules
Remember that picture file size should be no larger than 256KB.
For the full Painting and Modelling rules, visit http://www.druchii.net/phpBB3/viewtopic.php?f=9&t=27440
Post Reply
76 posts

Did anyone get some nice new shinny models for Christmas? Now is the time to get some paint on them!

Is there anyone out there still alive and kicking interested in a painting challenge each month?

I failed miserably last year and have found some new inspiration to get me motivated for this new year.

My pledge this month is 20 Darkshards what will yours be?
http://www.cultofkhaine.com

The New 40k edition got me painting again!
I started death guard, and got a FW dreadnought i hope to assemble and paint this month!
Nec spe, nec metu

I am an Extraordinary Druchii Gentleman
Top

I admit I fell far short of where I wanted last year, my first year painting. I beat one of my friends' orcs and goblins so badly he hasn't wanted to play another game in 3 months! As such my inspiration to work on my army has lessened.
This month I resolve to pick up a paintbrush again and get some models done! Haven't decided what yet.
Top

Ah this is good, I can't wait to follow all those inspirational PLOGs again. Happy new year and good luck painting!

I did painted a lot last year, but I am more motivated than ever before and because we moved I will also have the possibility for the first time to create a hobby 'bunker' with my own made terrain etc. Because I plan on making youtube videos my goal is to get all of my Dark Elves painted this year!! I think currently I only painted 1/4 maybe haha.

Expect some epic characters and many assassins. Lots of elite infantry, hordes of core, knights, raiders and monsters.

Unfortunately I have to wait until March, but as soon as I am back you can expect lots of work.
The 13th Legion
Top

I am definately in for another go at this!

(Maybe finishing the dragon from my latest 2017 pledge..)

Who knows! I am rather here and there with what I finish. But something will be finished!
The full blog: https://sabiousblog.wordpress.com/
Top

I actually got into painting again a while ago. (Thanks to the Song of Ice and Fire wargame - I fell in love with the kickstarter, the lovely models I coulnd't have got me back to the models I had lying at home, and when the pledge manager hit, I was satisfied with my Dark Elves)

I pledge to paint a super unorthodox Cauldron of Blood, or whatever the new 9th Age name is. And hopefully something more, but I don't know what yet.
(At least this could make me get some new photos, I haven't made any of new models for ages.)
My painting blog

Board relevant only entries?
Top

It's great to see that there is still a few of us kicking about!

So with this renewed interest lets get posting on our progress - only 24 days to the end of the month and I'm thinking time will fly this time of year.

Good Luck with your pledges!
http://www.cultofkhaine.com

Maybe I'll also try to finish 20 Darkshards, but it really is a long shot.
Top

I just want to say that is great to come back to the forum and see daily activity. Who knows what 2018 will bring? Maybe druchii.net will become great again?
The 13th Legion
Top

Well let me start it off.

I began working on this zeppelin two days before new years, so I will include it for this months completion

In The 9th Age a Grudge Buster acts as a flying chariot with impact and grinding as its main sort of damage. Not unlike a Steam Tank. Just a lighter version, which flies

I might add things later, like shields off the railing and perhaps someone on the ground. Rangers or goblins poking their spears at the sky. What do you think?

That looks great - is the balloon scratch built?
http://www.cultofkhaine.com

Not scratchbuilt, but home sculpted! (not me)

A guy was not into the Games Workshop Gyrocopters and designed this. I contacted him and he agreed to make two for me

How is everyone's pledge coming along for the month.

Here is a sneak peak of mine - I started painting 40 hopefully I can finish them in time. 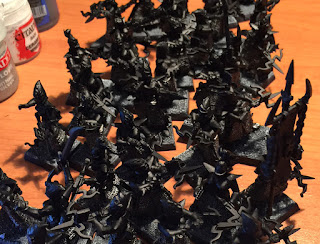 I'm not really getting anywhere (except really nervous

). The central avatar, or whatever the big thing in the middle of the alter is. The three attendants are mostly basecoated and the scenery not even started.
With a new job (and keeping the old one) I can't seem to find enough time for painting.
My painting blog

Happy New Year! Glad to see there's still interest in these competitions. I'd love to join but it's going to be June before I have that kind of time and access to models again. Good luck to everyone though, I look forward to watching your progress!

I might try something in februari.. And this year I'm making a Daughters of Khaine army

I love me a bowl of numbers to crunch for breakfast. If you need anything theoryhammered, I gladly take requests.

How did everyone go for Jan?

I'm just putting the finishing touches on 40 Darkshards - should have a photo shortly!

What is everyone going to pledge for February?

As I haven't managed to finish (too much work, I guess I have overestimated my free time), I'm moving my original pledge to February. I hope can can finally finish it.

I'm just putting the finishing touches on 40 Darkshards - should have a photo shortly!

What is everyone going to pledge for February?

Really looking forward Cult as I will likely have to paint 30 myself when I back. Great to see you managed to do such a big unit in 1 month!
The 13th Legion
Top

As my February pledge I will be a tad vague. Not sure what I will finish, but I will try and finish three units of those I have left on the shelf halffinished for too long.

Doesn't really count but I've got four bikes and Astorath to finish this month...
Top

I think I will work on a big model next for this month. 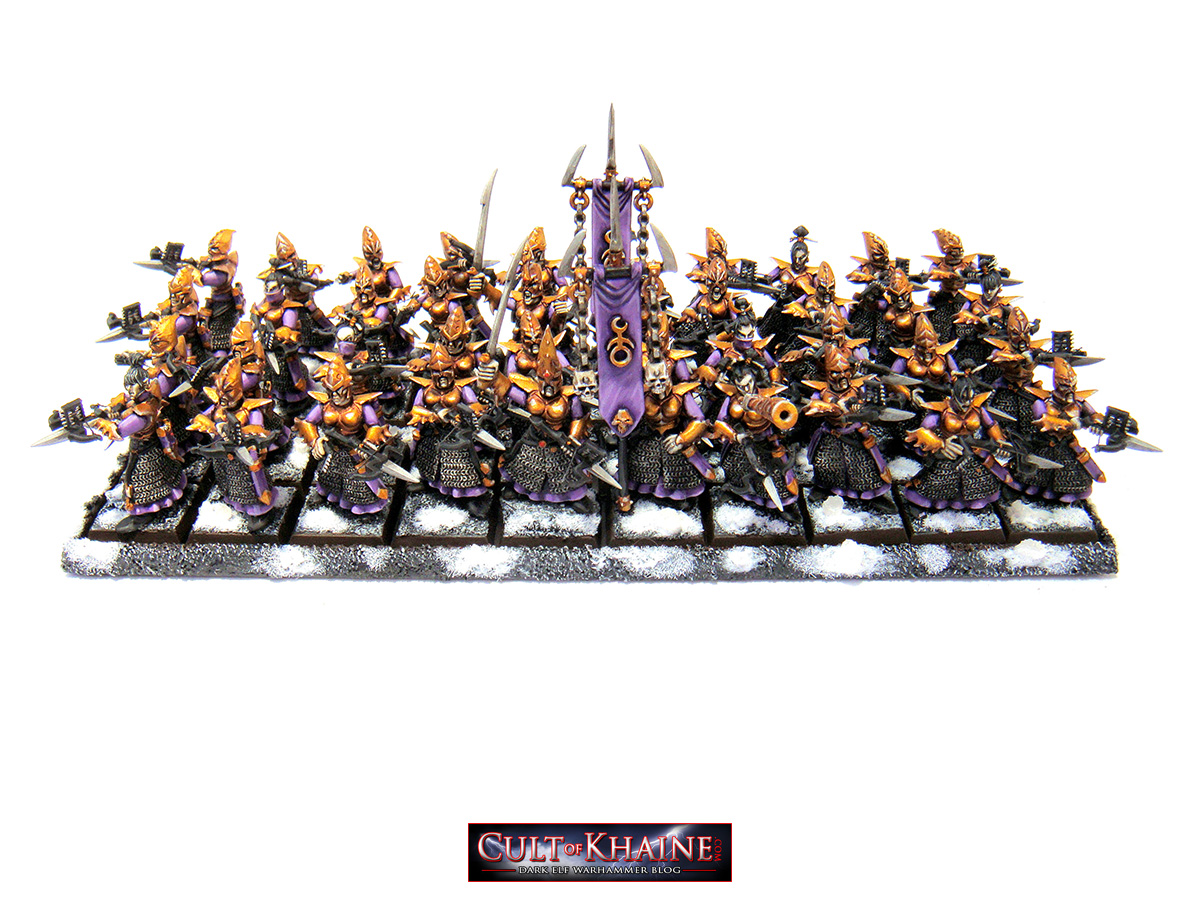 Return to “Painting and Modelling {elvesonline.net}”