Forum rules
Remember that picture file size should be no larger than 256KB.
For the full Painting and Modelling rules, visit [url]http://www.druchii.net/phpBB3/viewtopic.php?f=9&t=27440[/url]
Post Reply
23 posts • Page 1 of 1

I am starting an army building project for a tale of x gamers and decided to paint up a dark elf army. The goal is to get a painted army and maybe provide enjoyment for those reading the blog, but I will settle for mild amusement.
A little link to my blog.

Right now it is not that much to look at but hopefully that will improve. With that said though, better get back to painting.
Last edited by Plattfisk on Sun Nov 02, 2014 8:06 pm, edited 1 time in total.
Top

Goodluck Plattfisk - I look forward to following your progress and welcome to the forum.
http://www.cultofkhaine.com

Looking forward to the plog. Don't forget to post reminders here as you update it.
My Kings of War Plog - Forces of Nature

Thanks for the support, I now have some almost finished witch elves you can take a look at in the blog.

Hopefully I will be able to take some better pictures later and just maybe, the elves might have some more friends ready by then.
Top

Look nice. Skin tone looks to be good, which is essential on witches.
My Kings of War Plog - Forces of Nature

They look good - what colour did you use for the flesh tone?
http://www.cultofkhaine.com

Skin tone is my nemesis, so I'd love some insights here :-)
My Dark Elf PLOG
Top

Nice that you like the skin!
I used the following colours:

First of all, I always use slightly thinned paint to get very light coats. This is fundamental to get that "colored" instead of "painted" look. i.e. No signs of brush strokes etc. It takes longer but gives so much better results.
Start by basing with Rakarth flesh. It usually takes about two layers to get a decent coverage, could be more though if it is directly over black. Then layer of ushabti bone on the raised areas. After that a second layer of Pallid whych on the raised areas leaving some ushabti showing, here you could start to think about the effect of directional lighting. I usually just go for light from above. Lastly I use a thin glaze of guilliman blue over the whole flesh. Also go back and give some extra shade to places which should have it, in this case under legs and arms and under the edges of the battle bikinis.

A few things to note, I used this method for some test miniatures earlier but those were warriors with very little showing skin and then it worked very well. So you have to be very carefull when you put the glaze over the large parts of bare witch skin. I actually kind of messed up one of the witches so I started to water down the glaze a bit. That said, it mostly comes down to brush control, I kind of drag the paint over the large areas and let it lightly pool in darker parts. If that makes any sense...

Lastly I will go back and put some Pallid whych on the extreme highlights on the miniature to emphasize cheek bones, the nose, knuckles etc.
Last edited by Plattfisk on Tue Nov 04, 2014 10:20 am, edited 1 time in total.
Top

Nice work so far! Looking forward to the progress.
I love me a bowl of numbers to crunch for breakfast. If you need anything theoryhammered, I gladly take requests.

Looks good so far. Break a leg.
Who needs sanity? I have a Hydra
Top

After some time I have finally managed to paint something. Behold! ten finished elves, based and done.

And what do you guys and gals think, executioners or black guard?
Top

Nice job on the Witches. Go for Black guard. Purely as I like that variant of the model more.
My Kings of War Plog - Forces of Nature

Finally, I am done with the goal for this month. What will I do for the next? I don't know, a bit of this a bit of that. I have to live up to the name of the blog after all.

Thanks for the update. Some nice work.
My Kings of War Plog - Forces of Nature

Wow, those witch elves look WICKED. Very "in the moment".

I managed to paint up something in December, but with the January deadline looming over as an imminent exam you haven't started preparing for I am thinking of ways to paint as little as possible for the maximum amount of points. Anyway, hope you had a great Christmas and a Happy New Year!

Finally after a long time of silence I have some stuff painted to show you guys.

So, that's that. Not that many miniatures but the Shadowblade model is really nice to paint. I would recommend that you paint it if you don't already have.
Top 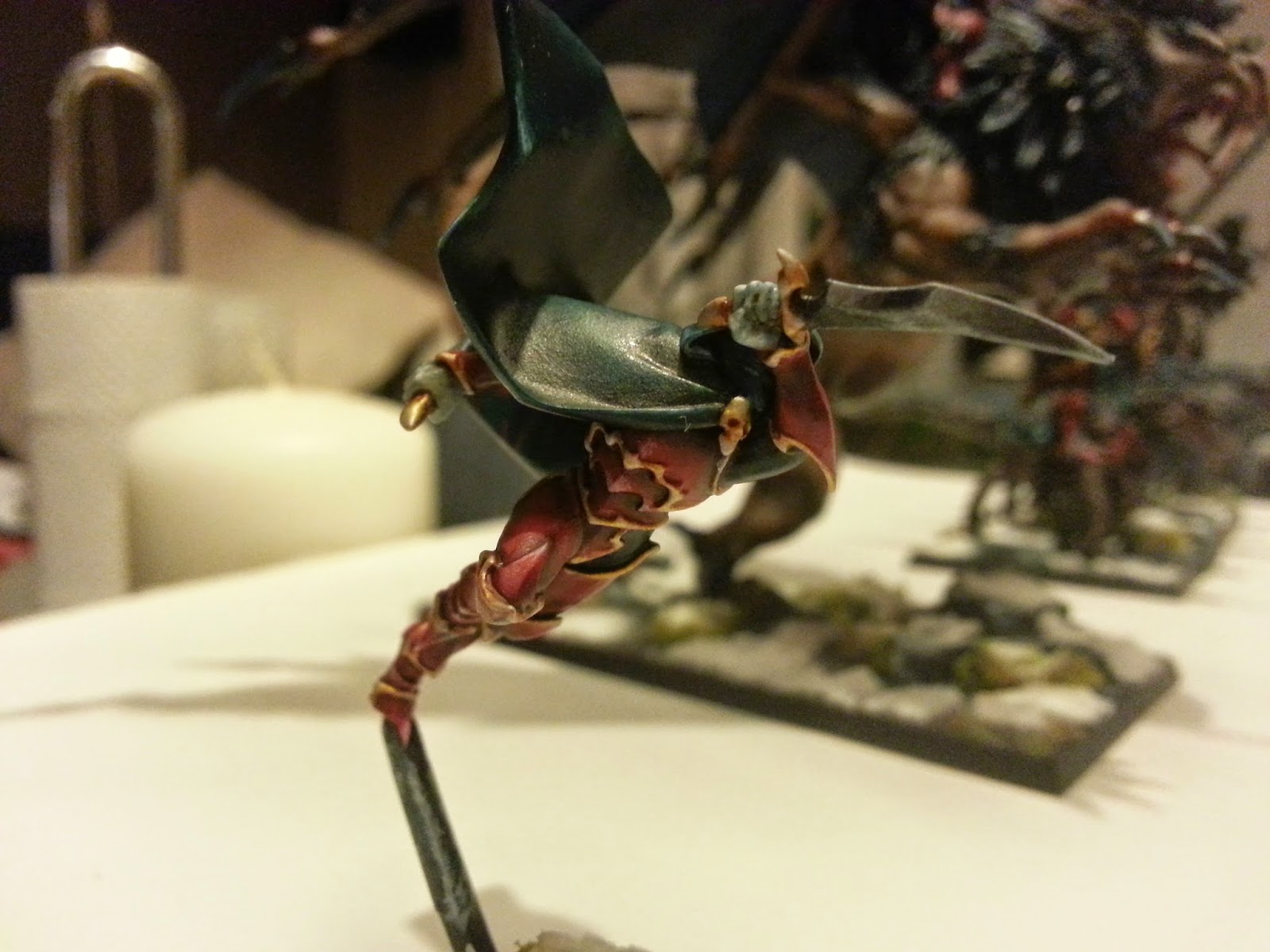